After taking a philosophy of mind seminar last year, Marlene Berke ‘19 began thinking about connecting her research to the philosophy of perception and epistemology.

“This course familiarized me with the current philosophical discussion about cognitive influences on perception, providing philosophical motivation for my studies about whether what we remember and expect might ‘leak’ into perception.”

Through a grant from the College Scholars Program, Berke spent the summer conducting research with Hakwan Lau, associate professor of psychology at the University of California, Los Angeles. Berke conducted online psychophysics experiments, which test perceptual abilities and reaction times, in UCLA’s Consciousness and Metacognition Lab.

“My project was on what we call Perceptual Reality Monitoring,” Berke said. “It’s the ability to distinguish between what you’re seeing that’s actually out there in the world and what images are internally generated through cognitive processes like memory or imagination.”

Failure to make distinction between external reality and internally-generated imagery can lead to psychosis.

“It’s convenient and exciting because I can gather a ton of data very quickly,” Berke said. “Within a day, I can go from an idea I want to try to analyzing data from as many people as I want.”

After graduating, Berke would like to go to graduate school to study cognitive science.

“This summer has been formative for me as a researcher and scientist,” Berke said.

Yvette Lisa Ndlovu is a communications assistant for the College of Arts & Sciences. 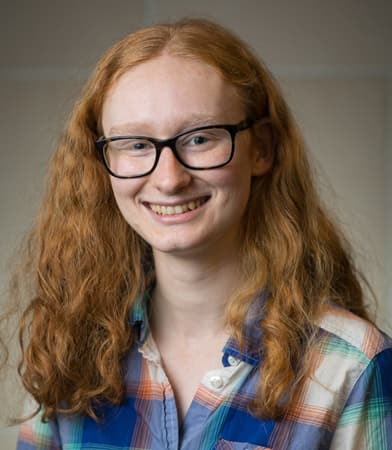