This is an episode in the “What Makes Us Human?” podcast from Cornell University’s College of Arts & Sciences, showcasing the newest thinking from across the disciplines about what it means to be human in the twenty-first century. Featuring audio essays written and recorded by Cornell faculty, the series releases a new episode each Tuesday through the fall.

That humans are animals should no longer be regarded as a controversial statement. But what does such an assertion imply?

Many factors are obscuring the debate about the “human animal.” Some people are still profoundly attached to the idea that humans are separate from the rest of animal life. Others ignore differences across species, and across individuals, often speaking of the rather mythical category of “the animal.” Such prejudices are obstacles to a genuine inquiry into “what makes us human animals.”

I am advocating for a renewed dialogue between the sciences and the humanities. Groundbreaking discoveries in biology, artificial intelligence and the study of cognition acquire new meanings outside of the arena of science. Similarly, philosophical and theoretical declarations on humanness or pleas for animal rights ought to be responsive to what scientific research both constructs and reveals.

A careful study of the communication systems, rearing methods, social organizations, or material cultures in, say, elephants, parrots, cetaceans or primates confirms an old intuition: genes limit what beings do, but the many dimensions of development shape brains and minds.

We know, for instance, that, along with changes in anatomy, the advent of human verbal language has powerfully modified the way Homo sapiens think, behave, and feel. And apes who, like the bonobo Kanzi, have been “languaged” in an environment using communication devices such as symbols and signs, also exhibit novel skills, emotions, and modes of reflection. What “we” are is also, and maybe above all, what we are capable of doing. From this perspective, all kinds of determinism—whether biological or historical—are only a reductive, and ultimately erroneous, way to think of “ourselves.”

Over dozens of millennia, human animals have operated with and through their capacity to become more than a sum of circumstances or parameters. This is where creation comes from. Of course, we need to grasp and master the rules, since we wish to give way to exceptions. But we should not entrap ourselves into a future of mere programmed repetition. While the sciences are very well-equipped for the study of regularities, the longstanding tradition of the humanities has often been concerned with the extra-ordinary (the masterpieces, the works of genius). I suggest that both aspects should now be considered together, in a maximally cross-disciplinary, and maybe “un-disciplined,” effort to understand what makes the human animal. The next frontier in the knowledge of ourselves is the understanding of the interrelations between rules and exceptions for our intellectual, affective and social lives. What “we” are is what we can become.

More "What Makes Us Human" podcasts are available on iTunes and Soundcloud. 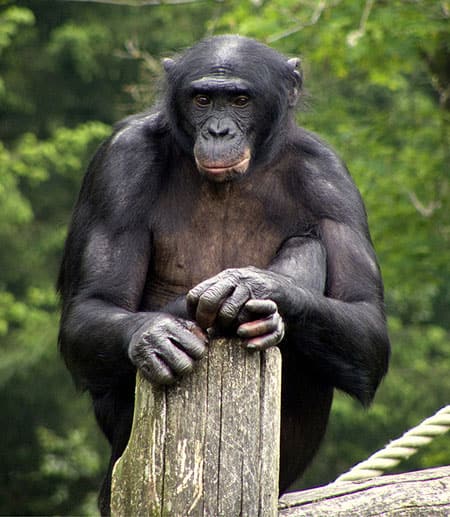